Clara’s life is upended when her husband, Nick, is killed in a car crash in which her four-year-old daughter, Maisie, is basically unharmed. She believes it is an accident until Maisie begins to have night terrors about a bad man in a black car. As she discovers things about Nick that she had no idea were going on, she begins to believe it wasn’t an accident and searches for who would want to kill her husband. The story is told in the alternating voices of Clara as she investigates and Nick in the months leading up to the crash. 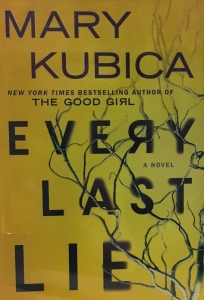