Dallas’ Pick: I Survived the Bombing of Pearl Harbor 1941 By: Lauren Tarshis (Juvenile)

This is actually a book in a complete series known as the “I Survived “series. All of the books are fiction but they are all based on true historical events and places. The great thing about this series is there is really no order they have to be read in. Me, being a big history nut was curious as to how accurate these books are to the events. They are spot on! Now of course the names of the characters are made up but the location and timeline is so close it is amazing. It was a shorter book only about eighty five pages or so but the thing I found neat was at the end of the book they set aside five to six pages of information about Pearl Harbor. They also encourage kids to go look information up if that event caught their interest. Danny is the main character in this story he moves to Hawaii right before Pearl Harbor is attacked. His mom, a nurse on the base, thought that Hawaii would be a much safer place than New York city which is where they moved from. Danny is a middle school aged boy who ends up turning into a helpful hero. It is very encouraging to children to read about kids in these disasters, and how they rise above even if they are not true. So not only is this book entertaining, well written, and historically correct, it also gets kids involved in learning about history.  This is the first book I have read by Lauren Tarshis but I have a feeling it will not be my last. I personally would like to read her other I survived books about the Titanic and the Nazi Invasion. 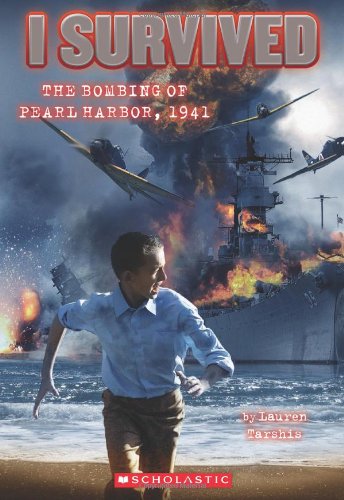