Monster Trucks is a fun and enjoyable kid’s movie about the relationship between a teen boy named Tripp, living in a small country town with big dreams of getting out one day, and the squishy, alien-like creature, which he named Creech, that happens upon him one night at the junkyard where he works. When Tripp realizes that not only is the creature on the run from the town’s villainous oil titan, but is also able to act as the engine to the truck he’s building, the two join together to try and uncover the truth behind the Creech’s home, and how Tripp can help him to return to his family and the rest of his species before it’s too late. 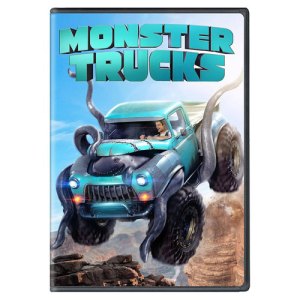