When her husband-sheriff, Ted, is found shot next to the murdered grandfather of her orphaned niece, Kate Fox needs to find the murderer because the neighboring sheriff who responded to the call has decided that Ted and Eldon shot each other and wants to arrest Ted for murder.  With her husband in the hospital and up for re-election, no idea where her niece (and Eldon’s heir) is, cows calving on the ranch, and 7 interfering siblings, Kate has plenty to keep her busy. Complicating matters, there is a land hungry corporation trying to buy out local ranchers. Word is that Eldon had changed his mind about not selling and Carly was upset. Did Carly kill her grandfather? And where is she? First in a series. 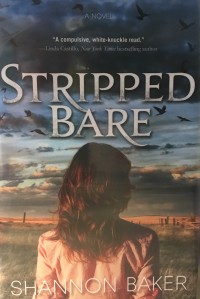